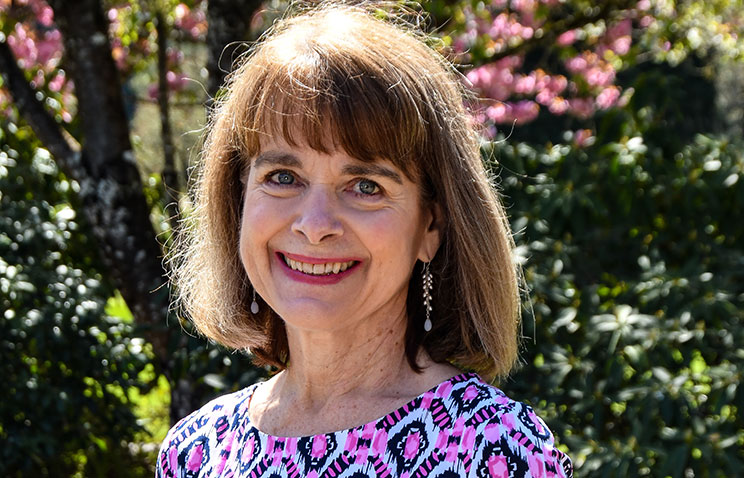 Julie Jones Manning was part of a small work group assembled by Hans Neukomm, Sr. in the early 1990s to develop what was to become the Leadership Corvallis program. “I was so excited about the concept that I ended up applying to the program myself, and I was a member of the first Leadership Corvallis class,” she says. Since then, she’s served in a variety of roles for the program, including as a board member, committee chair, day session organizer and as a member of the advisory board. She’s also been a speaker at two of the Leadership Corvallis graduation celebrations and was honored to be the first recipient of the Hans Neukomm award.

What did you like most about participating in Leadership Corvallis?

“I most enjoyed learning from current community leaders about how local decisions are made and how interested individuals can become involved in the process. I also enjoyed getting to know the other class members (as well as other alumni over the years), and developing a great network of friends and colleagues.”

Describe your most memorable experience volunteering or serving in a leadership position in the community.

“Serving as Corvallis mayor (from 2011-14) was a memorable volunteer experience in many ways. I learned a great deal about the many ways volunteers enhance and contribute to our local quality of life through their efforts. I enjoyed working with the City Council, city staff and the members of the city’s various boards and commissions to develop and strengthen local programs and services. In addition, I loved meeting with students of all ages, as well as representing the city in a variety of settings.”

What is the most rewarding part of your job?

“Much of my role with Samaritan Health Services involves working with community partners on many health-related initiatives, and I love that collaborative process. I also enjoy working with the outstanding professionals in my own department and throughout our organization, who are committed to our mission of ‘building healthier communities together.’”

What is one surprising thing about you not many people know?

“I grew up in a very small community (Rhododendron, Oregon, in the Mount Hood area), and spent many evenings and weekends on the nearby ski slopes.”

If you could recommend one thing to incoming Leadership Corvallis participants, what would that be?

“Ask questions of the community leaders who are Leadership Corvallis presenters. Learn from their experiences, and envision what your own path will be toward community service and volunteers. In this important work, the more the merrier!”

In addition to her responsibilities at Samaritan Health, Julie completed a four-year term as mayor of Corvallis in December 2014. During her tenure, she was appointed by former Gov. John Kitzhaber as co-convener for establishing RAIN (Regional Accelerator and Innovation Network), which fosters technology-based companies and jobs in the Southern Willamette Valley. She served on the RAIN board of directors as well as on the boards of the League of Oregon Cities and the Cascades West Council of Governments. She received the Leadership Award of Merit from the Oregon Mayors’ Association in September 2014.

Prior to joining Samaritan Health in 1985, Julie served as a high school and college instructor in journalism and mass media, as a daily newspaper reporter, and as assistant press secretary to former Oregon Gov. Vic Atiyeh. She received a bachelor’s degree in communications from Lewis and Clark College in Portland and a master’s degree in print journalism from Boston University.

Julie has served in leadership roles in state and national professional organizations and is an active community volunteer. Currently, she serves as board co-chair of the Early Learning Hub of Linn, Benton and Lincoln counties and is a member of the Oregon State University Board of Trustees. She is also a board member of the Benton Community Foundation and for Oregon Humanities. In addition, she serves on the Oregon Community Foundation’s Leadership Council for the Southern Willamette region. Julie was named Corvallis’ Junior First Citizen in 1997 and Corvallis’ First Citizen in 2005.